Thanks to the team at Brookland Pint for letting us know about some changes afoot at this popular neighborhood restaurant.

Chef Francisco Ferrufino, who has been executive chef  at Meridian Pint in Columbia Heights, has taken over the kitchen at Brookland Pint. He will serve as executive chef of both locations…According to John Andrade, owner of both restaurants, Ferrufino, who is known as “Chico” is one of the most creative chefs he’s worked with. Ferrufino, 25, a native of El Salvador, was trained at the Carlos Rosario International  Career Center where he was the top graduate in 2015.

Chef Ferrufino has had the honor of cooking for Supreme Court Justice Sonya Sotomayor and has rubbed elbows with Prince Charles – so looks like we will be in good company. 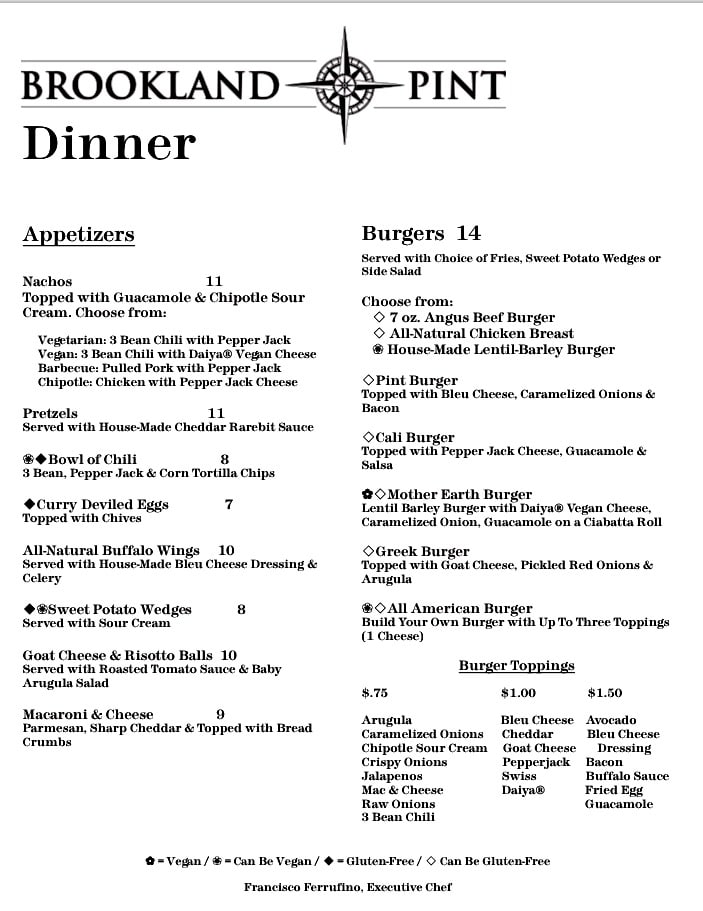