Pope Francis Heads to D.C. and the City is Ready — with Pizza and Beer

Pope Francis Heads to D.C. and the City is Ready — with Pizza and Beer 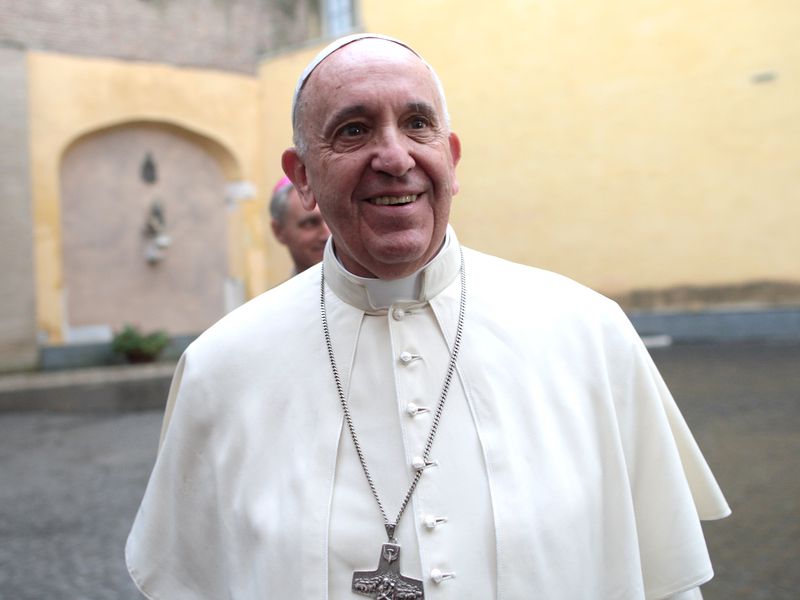 Pope Francis will head to D.C. next week for several days of events, and the city is going to be crazed with security and visitors as a result. Several restaurants are getting into the papal spirit with food and drink specials — some more unlikely than others. Here’s what Eater has spotted so far.

Papal Pizza: Ella’s Pizza in Penn Quarter is offering a “Pope’s Pizza” which is inspired by the Vatican’s flag for $15 (there will also be a smaller, discounted happy-hour version). They’re also encouraging guests to take photos with the Pope cut-out they have outside the restaurants and post them on social media.

Religious Beers: Brookland Pint is taking advantage of its proximity to Catholic University’s Basilica (where Pope Francis will appear) to offer a slate of religious-themed beers (think Evil Twin’s Double Barrel Jesus and Nebraska Brewing’s Hop God). They also have a special “No Pope, ’till Brookland” brew from nearby Franklin’s.

A Pope’s Favorite Sandwich: Rumors is offering a limited edition Pope sandwich (half the proceeds go to charity). It’s a chimichurri chicken sandwich that’s designed to remind diners of his Latin roots.

A Pope-Themed Tasting Menu: Posto plans to offer a three-course tasting menu based on simple Roman dishes as a tribute to the Pope’s visit. The Menu di Francesco is available through the 26th for $29.99 per person, with dishes like bruschetta or fettuccine amatriciana. There are multiple choices for courses and optional wine pairings.